What is open source?

Simple answer: An open source application is any software program that allows you to tinker under its hood.

Slightly less-simple answer: Programming code is basically a set of instructions that tells the computer what to do. Standard applications that you can purchase for your computer (such as Microsoft Office) will normally disallow you access to their code. If the code is inaccessible you are restricted by whatever features and tools have been supplied with the application.

Open source applications work in the opposite way. They provide access to all of the programming code so that you can change the application to work the way you want it to. This means if there is a feature you don’t like, or think is missing, you can access the code and make the relevant changes, creating a better and tailored application to fit your unique requirements.

Previously, a business requiring a software solution had one main option – to find one company producing off-the-shelf business applications that provide an answer to the lowest common denominator of similar needs. Custom-built solutions are, of course, an alternative. But usually very costly.

Now? There’s a revolution underway. It’s called open source. The open source community provides businesses with a significant head start towards tailored solutions by allowing access (often at no cost to the business) to the source code of the most appropriate software. The idea is simple – take the software’s source code and develop it according to your unique needs. In short, this means that custom-built software solutions can be created for a fraction of the cost of those provided under the proprietary software model. Open source solutions are driven entirely by need, rather than selecting the best on offer from a small handful of licensers. 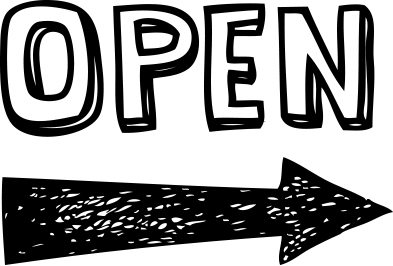 Why do organisations create open and closed source software?

The benefits of creating and selling closed source software are simple. The producer makes software that can be sold, and prohibit the buyers from both distributing it further, and from accessing the source code (the stuff that makes the software work). Any person or business breaking the seller/buyer agreement is subject to legal action.

The motivations for creating open source software are not as simple. In fact, there are endless reasons why a company, organisation, or single developer may want to distribute their intellectual property throughout the open source world. The reasons aren’t always economic. Many organisations and individuals create open source software simply as a direct result of their passions for coding. This reason is often closely followed by wanting to give their assistance to those who don’t want to rely on a single closed source provider to meet their needs. Sometimes, open source software is sponsored by a company to create competition in an environment that’s otherwise monopolised by a particular company.

Open source software and its creators are covered by the GPL (General Public Licence), as well as many other licenses. This means that when using software published under a license such as the GPL, it can be used free of charge and distributed to any number of people (including companies), so long as the user doesn’t claim that it’s ‘theirs’. Changes can be made to the source code (hence the name, ‘open source’) and the software can be passed or sold on, provided the modified source code is made available on the open source market, specifying which bits were altered. The person or organisation sold to is then free to redistribute (for free).

If open source software isn’t reliable, then you can expect the world as we know it to end. Why? Because the Internet itself relies on one application called BIND. Yes indeed, BIND is an open source application.

There are many companies set up to support open source software if you don’t want to put your business at the mercy of the ‘community.’

Wrong! Even Google believes in open source – the company even develops it and monetises it.

It will never take off

It will loose steam 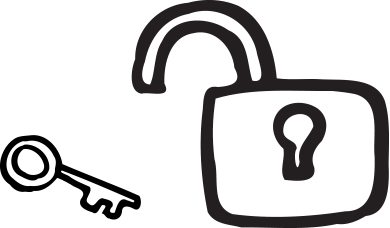